The Map is a game mechanic that helps Players navigate their way through each floor. In addition to allowing Players to see their surroundings, it can also be used to teleport and view missions.

There are two ways of viewing the map: 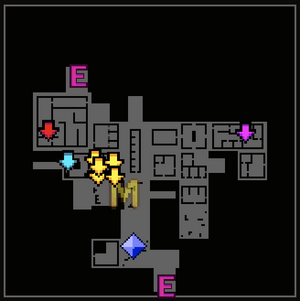 The Minimap provides a quick way of viewing the map. In single-player or online co-op games, it will appear in the top right hand corner of the screen; in local co-op however, a player is required to hold down the "A" button by default on their controller in order to prompt its appearance. Unlike the full map, the minimap only shows the icons for players, missions and elevators. 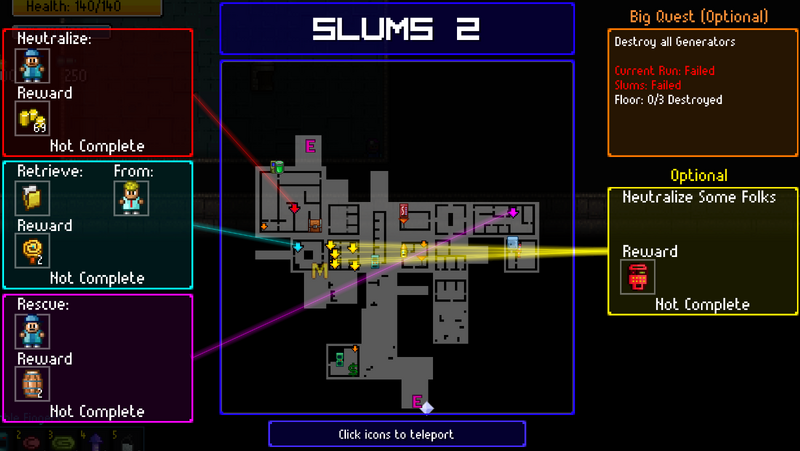 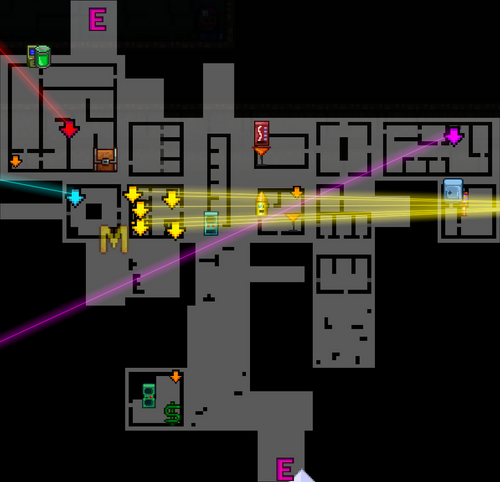 The Full Map is a larger and more detailed version of the minimap which provides the ability to teleport and view active and completed missions. By default, players must press "Tab" on keyboards or "Y" on controllers to access this view. Unlike the minimap, the full map shows all icons applicable to the level.

As mentioned above, the full map has a multitude of different icons that can appear:

The Personal Teleporter is a feature in Streets of Rogue that works in conjunction with the map, allowing players to teleport to any icon currently off-screen that they have discovered. By default, pressing the "Ctrl" key on a keyboard or holding "Y" on controllers will teleport you to the nearest quest marker. In multiplayer sessions, it will teleport you to another player.

The Personal Teleporter cannot work if: